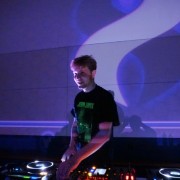 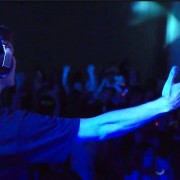 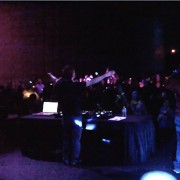 Hailing from the United States, Zing has been DJ’ing since late 2002. Being a fan of early house and early 90’s dance music started his journey which would eventually lead to him to create his own mixes. Zing began with 2 Technic 1200s and an old Stanton 3 channel mixer he bought off eBay. Although he’s embraced today’s technology and uses mostly CDJs, Zing still remains true to his roots and occasionally spins vinyl on his original Technics. “If other guys mixed stuff, why couldn’t I? Sharing others mixes didn’t feel personal enough. I wanted to add something of my own to them.” Zing offers a blend of House, Hardcore, UK Hard House, Trance, and focuses on old school sounds, airy vocal tracks, and solid, clean basslines. “I don’t feel limited to just those 4 genres. I enjoy playing anything I feel will move people inside and out.”

Zing operates as a private DJ out of his home studio and has played a variety of events such as conventions, weddings, private events, and corporate functions from Boston to Atlanta. He’s been resident DJ of Setsucon since 2013 and resident DJ for Mike-A-Palooza, a block party in Brooklyn, NY run by entrepreneur Mike Verdirame, which is attended by actors, comedians, and writers for Saturday Night Live since 2008. He’s also played a private event for the CEO of Merck Pharmaceuticals. Jim Bednarz, Guest Relations from Setsucon states, “We like working with Zing because brings a full package to the table. He’s extremely easy to work with, polite, and professional. He does a great show and really delivers high energy form beginning to end.” Brad Scott-Smith, Owner at Used Grooves in Easton, PA says, “I always love to hear Zing mix. He can blend both old school tracks and modern stuff very well! AND he actually plays original House music!” He’s still looking to break into the club/festival scene and land a local residency. Zing’s major influences for his craft include DJs such as Armin Van Buuren, Paul van Dyk, Bob Sinclar, Louie DeVito, and DJ Doboy.

Aside from Zing’s live performances, his weekly radio show, The Centrifugal Force, has been operating since 2004. The show began as a talk radio show that Zing started in college, and is now a global experience every Thursday night. A continuous, live mix, that features mainly old school house blended with electro and progressive, Top 40 Club, UK Hardcore, UK Hard House, and Trance. It offers something for the casual listener to the hardcore raver. Miss the live broadcast? No worries! Each episode is recorded live and can be downloaded, free of charge, on the Archives page.

Tweets by @DJZing
Scroll to top